At Austin A. Layne Mortuary Inc, we take great pride in what we do. Our purpose is to:

We believe that the success of any business requires dedication and professionalism. In our business, in particular, it also requires a great deal of kindness, compassion and attention to detail. You’ll find these qualities in each and every member of our staff here at Austin A. Layne Mortuary Inc.

Put your trust in us to make this experience as comfortable and carefree as possible. 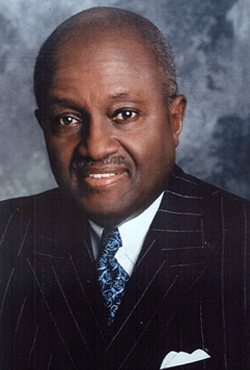 Austin Augustus Layne, Jr. graduated from Vashon High School in January 1954. His elementary education was received at the Carver Elementary School. Following his graduation from Vashon, Austin attended Stowe Teacher's College. He served in the U.S. Army from 1959 to 1961. From 1967 to 1974, he was a computer specialist for the U.S. Government Austin holds an Associates Degree in Applied Science from The School of Mortuary Science at Forest Park Community College and has done additional study at Washington University and Webster University.

Austin has been a funeral director for more than 30 years. He established his own business, Austin A. Layne Mortuary Inc in 1979, after serving as a funeral director and embalmer for the Wade Funeral Home, here in St. Louis. Austin manages both the day-to-day operations and marketing services for the mortuary. He is very active in the community and currently serves as national organist, pianist and regional music coordinator for the 12th Episcopal District of the Pentecostal Assemblies of the World, Inc. Austin also dedicates time to his community giving concerts, seminars and workshops and is host of a Sunday morning and evening radio program.

A year of daily grief support

Our support in your time of need does not end after the funeral services.  Enter your email below to receive a grief support message from us each day for a year.  You can unsubscribe at any time.